In the Summer of 2020, Members of Highland Park Improvement Club eagerly created and installed a large Black Lives Matter banner on to the garden fence to show support for the rise of the movement and to acknowledge the long overdue attention to this human issue.

Soon after, the banner was stolen and destroyed; pieces were found on surrounding streets near HPIC. In early July, the West Seattle Blog covered the story and asked for the community to keep an eye out and give any information they had regarding the theft. A local sign shop owner saw the article and graciously offered to make a replacement banner. He thoughtfully made two banners, just in case there was another theft.

The new banner was hung on the fence but vandalized with graffiti soon after. The third banner was also destroyed; sliced in a few places that were able to be repaired and re-hung, but then once again, shredded beyond repair.

With this more permanent attempt at a show of support we acknowledge that we continue to proudly believe that Black Lives Matter and that we refuse to succumb to the fear of destruction. HPIC stands proudly with the BIPOC community. 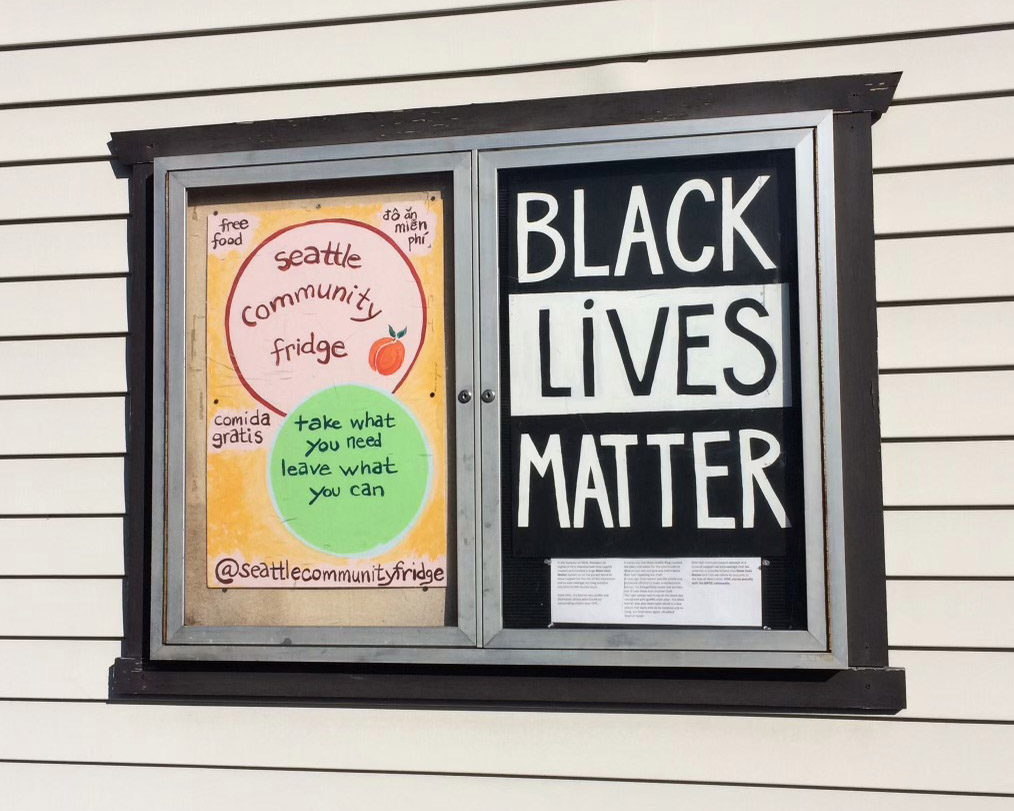